Christmas Eve is Going to Be a Bit Physical for Number24

Who's ready for what might be the next Eyeshield 21 successor but much more hardcore?! Time to take the trash out in style with some good looking men and hardcore, you guessed it, rugby.

Disclaimer: Rugby is a dangerous sport if played incorrectly.

WHOA! Who are they?!

Remember a while ago? when we were all excited about the Rugby 2019 World cup. Now, with the start of November, one of the great world cups of rugby ends. All the matches were really amazing. South Africa, Wales, England, and all the other teams really played very well this time of year. 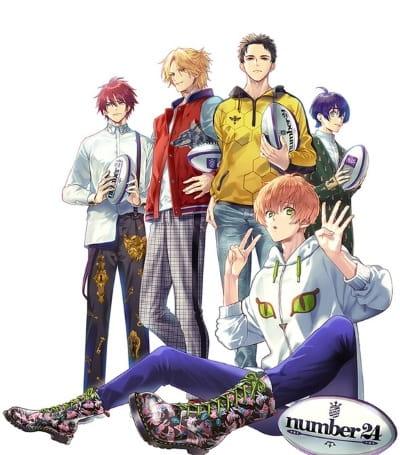 Just like that, the Rugby fever was about to end but MOVIC changed it all. As many of you have already seen, there is a new trailer out for number24. For the people who have no idea about it, it is an original TV anime. Let’s see something about it and why it doesn’t end rugby fever.

Number24 are you ready? Check this out!

Maybe if you're really feeling it... Why not get some merchandise for rugby?

The plot for Number24

It is basically an amazing TV series where a group of men forms the best rugby team at Kansai University.

The show is about five men and how they somehow managed to make this amazing team. The story of Number24 also includes how they met. We can say coincidently they all met at the same place and how they form the team. 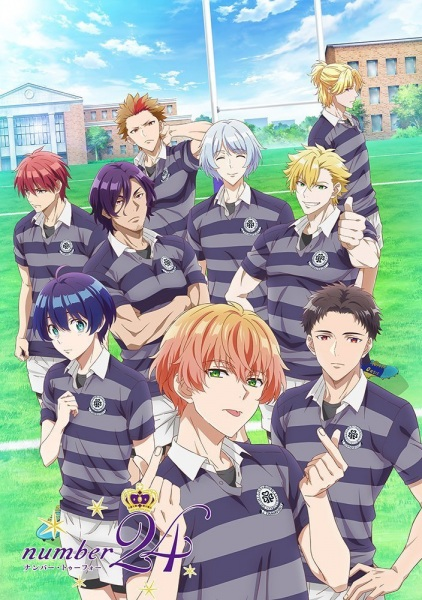 Something about the characters

There are five main characters in the TV series. The five of them are

Here is a video so you can get an idea of the characters.

You surely are looking for some more information about them, right? So, here is something about all of them. The first character in the list is the main center of attraction. He is basically the one who expects to be the ace of the team. However, the main plot twist about the character is that he can no longer play the game due. The reason for which he can’t play is not given in the trailer. You will have to watch the series for that. The second one, that is Ibuki, is one of the older students who have quit playing the game. Yasunari is the one who somehow finds Natsusa unpleasant. On the other hand, Yu is completely different. He is the one who admires the ace player. The last one is a friend of Nastsusa.

All of these are together is the team and are playing at Kansai University Rugby league.

As we have already mentioned, the story concept is by Movic. You surely will be knowing about it and hence it surely doesn’t need more description. The director of the show is Kimiya Shigeru. The producer is Sakamoto Yoshiki. The sound director of the show is Hamano Tkatoshi. If you are looking for the script and series composition of the Number24, it is by Nakase Rika. You can see more information about the cast and crew on the official website. 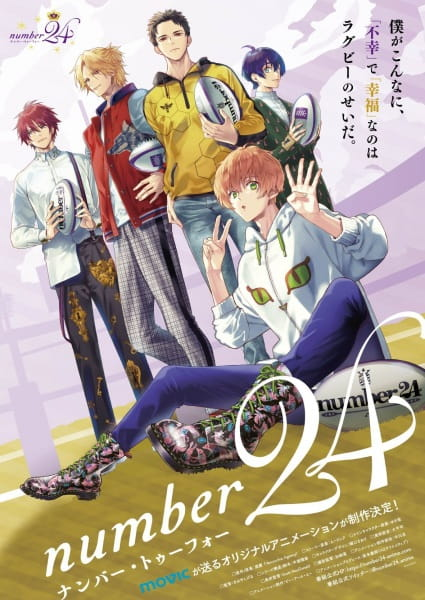 Sounds interesting, right? Being a rugby and anime fan myself, it is super exciting for me to see both of them together. The trailer seems so amazing at the first look itself. Let’s see how the show is. If you are looking to watch the show, it will be available from somewhere around January 2020.

We use cookies on our website. Some of them are essential for the operation of the site, while others help us to improve this site and the user experience (tracking cookies). You can decide for yourself whether you want to allow cookies or not. Please note that if you reject them, you may not be able to use all the functionalities of the site.